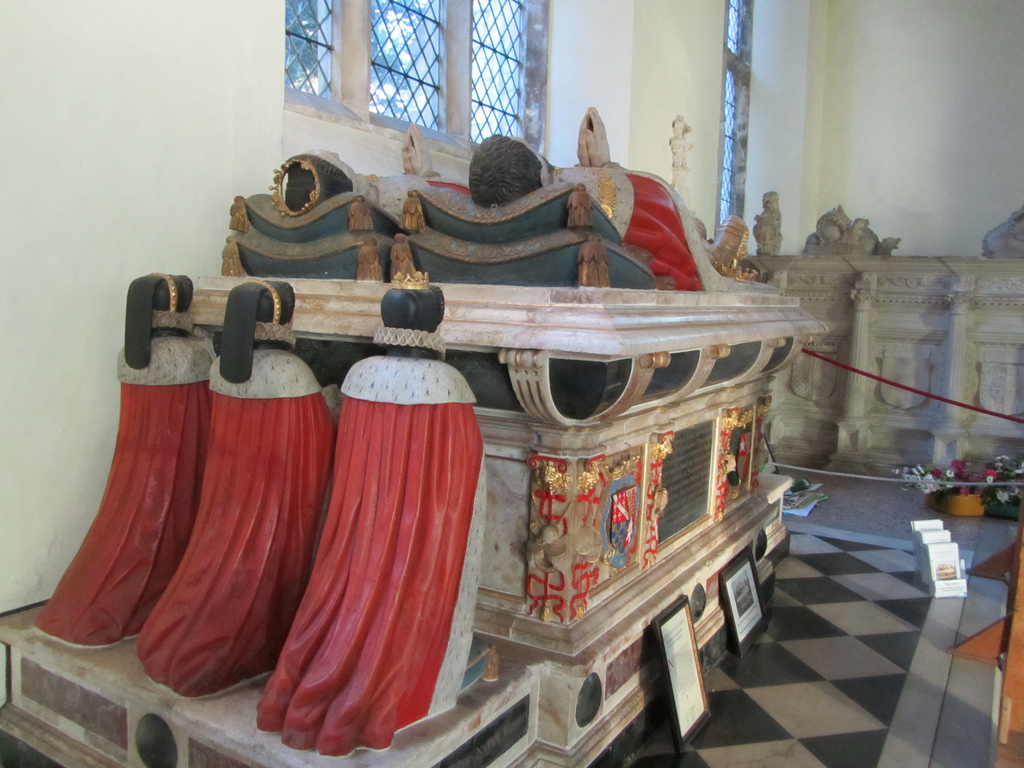 Tombs and monuments in churches are wonderful records of social, religious and individual history. Most ordinary people were buried outside churches in consecrated ground, these were marked with only the simplest wooden markers that obviously have not survived over time. It is important to remember that tombs and monuments were very carefully planned and were very costly.

The decoration on early tombs was governed by rules very like those of the sumptuary laws that governed dress and costume. Monument decoration had to be appropriate to the social station in life. Therefore the gentry and lower levels of the aristocracy could not be too ostentatious however wealthy they were. The principle was less strictly adhered to from the Seventeenth Century when economic standing as well as social position played a part in tomb development.

The earliest tombs in churches were often placed under a large tombstones/slabs and decorated with monumental brasses. Tombs from the medieval period were usually carved in stone. The stone was either of local varieties or more costly material, often imported from France.

In the late medieval period chest monuments or tomb chests became prominent. These were of differing types and were recessed with or with out effigies. Altar tombs were virtually freestanding, fixed only by one surface to a wall. Freestanding tomb chests, which usually support effigies, are also often canopied.

Freestanding tombs were used for the monuments to royalty from the start of the Sixteenth Century. Some of the most powerful magnates in the land were commemorated this way, such as those of the Howard family, the Norfolks (duke) and of Henry Fitzroy, Duke of Richmond and Somerset, at Framlingham in Suffolk.

During the decades before the Reformation, there was an increasing demand for monuments by the expanding gentry class. A new type of monument, the “wall’ or epitaph monument, was developed. It was wall mounted and usually showed half size effigies of the deceased. Simpler forms of wall monument were popular throughout the Seventeenth and Eighteenth Centuries.

Pre-Reformation tombs served an overtly religious function in the commemoration of the dead and were decorated with a great deal of religious symbolism. The reformation and the religious changes in both the reign of Edward VI and Elizabeth I led to the destruction of much religious imagery. Mainly by zealous Protestants who took seriously the second of the Ten Commandments that forbade the use of graven images.

Much of the damage on early tombs is therefore not due to aging but was deliberate. Tombs and monuments however were more protected than other religious imagery as they were also demonstrations of the social order and as such were protected.

Monuments from the latter Sixteenth Century up to the Victorian period were infused with protestant ideas of virtue. This was not a solely religious idea but also the demonstration of personal qualities believed to underpin and uphold the social order. Many inscriptions extol virtuous behaviour, godliness, public position and charitable works as well as lineage and the claim of the right to bear particular coats of arms. 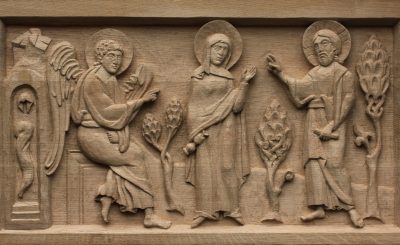 A walk around the churchyard 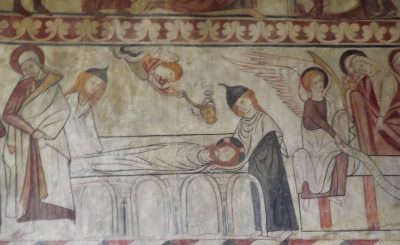