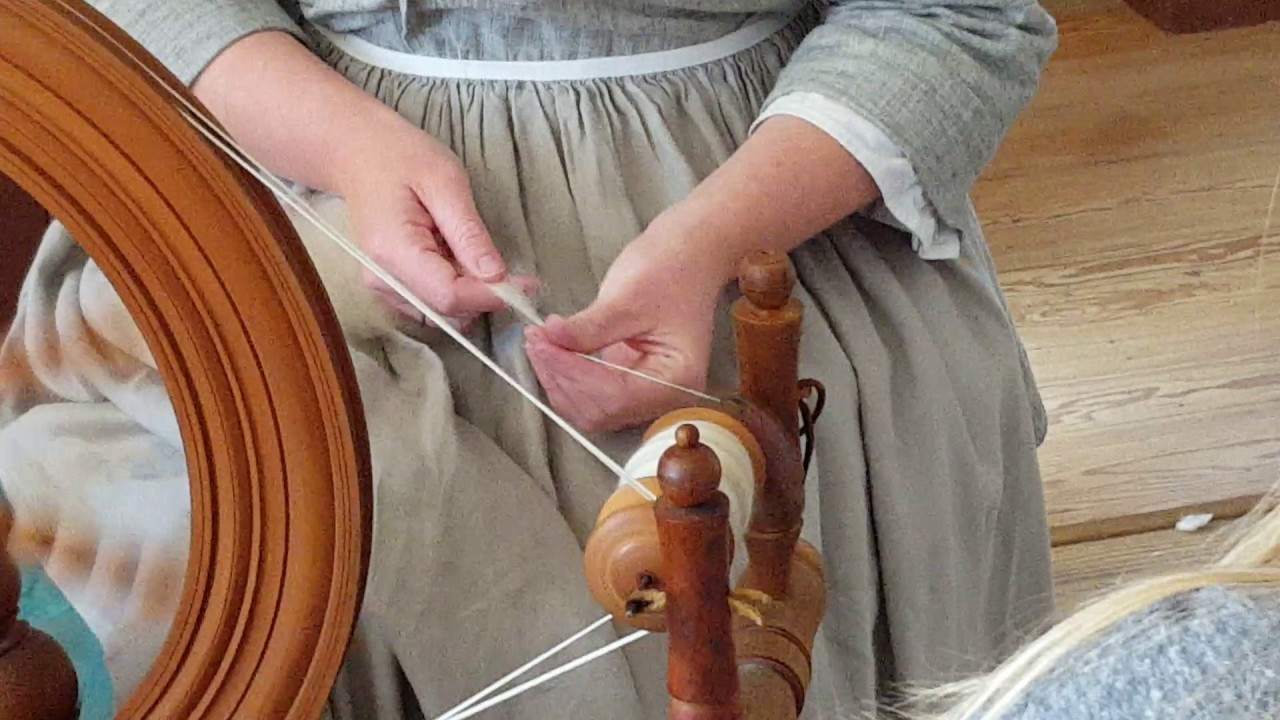 The earliest woollen threads were made using a drop spindle. These simple devices enabled the spinster to twist strands of wool together to form a single thicker thread (see pictures below).

A drop spindle could not hold much spun wool because, as the spindle filled, the weight of the wool became too much to carry.

When the spindle became full, the spinster would empty it by winding the spun yarn into a ball and would need to start the whole process again .

A more efficient way of spinning was by the use of a wheel.

Evidence for spinning wool by means of a wheel does not appear in early historical records, but in some Chinese artwork, in about 1290, a wheel with long bamboo spikes is shown.

There is also European evidence (in windows of 13th century French cathedrals) of spinning by wheel, but it is unclear whether wool was the fibre being spun in this fashion.

Throughout history, spinners have used a wooden board, sometimes plain but often beautifully carved, to which the raw material is tied, and from which the spinner draws as she spins.

Other types of distaff are attached to stools on which the spinsters sit, or to the spinning wheels themselves.

Although the distaff and drop spindle continued to be used widely, during the 14th century the first spinning wheels (muckle wheels) were introduced into Britain.

These wheels had a fixed rim around the spokes, as do the ones used today by handspinners.

The muckle was turned by hand and, as the wheel was turned, the spinster would step backwards drawing out and twisting the wool as she went. When the wheel reversed, she would walk forwards as the spun wool was taken in by the spindle. A spinster would walk many miles during her lifetime.

One advantage of the muckle wheel was that it could be home-made and was relatively cheap. However, the spindle, connected to the wheel with a band, consisting of a thin rod of iron with a sharp point.

Care had to be taken when adjusting the spindle. ( It was probably a muckle wheel on which Sleeping Beauty pricked her finger ).

A later development was the Treadle wheel which had a bobbin which automatically filled the spun yarn as the wheel was turned. Now, a spinster could sit to spin as she worked the treadle with one foot.

By the 17th century almost every home had a spinning wheel. Sometimes there were two, one for wool and one for flax ( linen ) Flax was used to make bedsheets tablecloths, napkins and towels. 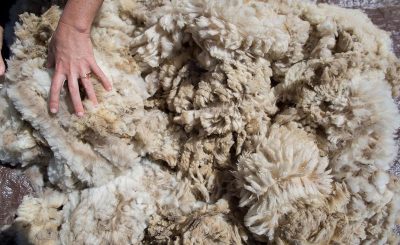